A small lake with a large story to tell: what does it take to represent an Epoch

by Paul Hamilton and Brenna Bartley | 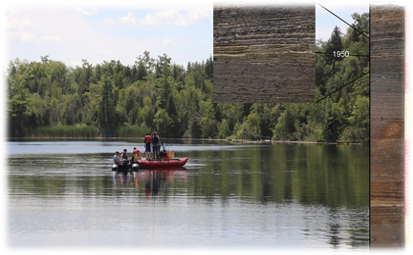 Crawford lake, located within the boundaries of the greater Toronto area (population 6.9 million) in Canada has been identified as unique and it is currently protected (Fig. 1).  A gem with a large story to tell.  The story of this lake and its surrounding environment starts well before 10,000 years ago with the retreat of the last glacial invasion in Canada. This small lake, located within the Great Lakes (L. Ontario) basin, is 286 m above sea level, situated on a limestone escarpment with underground waters draining into and out of the lake basin. Crawford Lake developed as a water filled sinkhole (collapsing limestone into underground waterways).  Approximately 700 years ago we find the first examples of human impact on the lake and surrounding landscape. In core sediment records, the lake was identified with the presence of corn pollen, and corn smut from agricultural activities of ancestors of the Attawandaron or Wendat Nations. (Fig. 2).

As a result of their activities Annual sediment deposition became distinct with a fine resolution which distinguishes years and even seasonal biological-climate signals that we can identify today. Moving forward to approximately 250 years ago, the first Europeans settled across the Toronto region cutting down large areas of forest (primarily Pine) and setting up farming communities. Pollen of ragweed can be found in the sediments of Crawford Lake documenting the settlement of Europeans. Over the last 70 years the lake documents a wide spectrum of the disturbance humans have had in the region, eastern North America and even global. The record of these impacts is so unique that this lake is been proposed as one of 12 sites around the world as a possible “golden spike” for the establish of a new Epoch (the Anthropocene) if approved the International Commission on Stratigraphy (ICS) sometime in 2022 (https://www.newscientist.com/article/2305801-geologists-to-pinpoint-official-birthplace-of-the-anthropocene-in-2022/).

Crawford Lake is considered special documenting the historical presence of two pre-contact First Nations villages in this area. The lake is positioned in a major First Nations trading route that linked trade and migration from the southern United States to Canada. Today, partnerships with First Nations Knowledge Keepers, Elders, artists, and educators help inform the work undertaken at the site, including the 2022 coring expedition. Future coring expeditions will be restricted as Conservation Halton works to preserve this incredible record of human and natural history and honour the worldview of First Nations partners regarding the lake’s cultural and spiritual significance.

The first extensive paleolimnological studies on the sediments of the lake were complete in the 1960’s. Jock McAndrews and his team from the Royal Ontario Museum looked at the sediment records and realized the historical significance of this lake. This led to excavations by the Ontario Archaeological Survey in the 1970s and 80s that discovered the footprint of at least two different settlement periods prior to the middle of the last millennium. At that time, there was a lot of publicity about the research and the lake. Once the decision was made to formally define the Anthropocene, more cores were collected by researchers from Brock University, McMaster University, Queen’s University and Carleton University. These more recent works confirmed and validated the initial studies but also made some unexpected discoveries. Some of the biological markers documenting human impact include pollen, invertebrate fossils, diatoms and chrysophytes (Fig. 3). The lake tells a history of increasing impacts from 250 years ago and further change documenting a period of the “Great Acceleration” disturbance after the Second World War. Industrialization across eastern North America is exemplified by the expansion of industry around the lower Great lakes, including Crawford Lake.  All this in a small protected lake in a population rich area of Greater Toronto.  Our team of researchers and graduate students are examining the recent sediments in more detail then ever before with the objective to capture the information that fine sediments of Crawford Lake have to tell. Today a group of 7 Canadian universities, two museums, Conservation Halton, and Indigenous partners are working towards making a presentation to the committee on Global Boundary Stratotype Sections and Points (GSSP) for consideration a site of interest to represent an anchor point for the Anthropogenic changes we are making to the globe.

The history of Crawford Lake and the story it tells needs to be conserved for generations to come. The artifacts from the First Nations settlements collected by archeologists narrate a story and disturbance, development and conservation. These artifacts and samples are protected on the site and at the Museum of Ontario Archaeology, located in London, Ontario. The geological and biological records from past scientific works are conserved in the collection of the Royal Ontario Museum of international recognition (Toronto). The recent research by our team will be conserved at the Canadian Museum of Nature (Canada’s National Natural History Museum), the Royal Ontario Museum and other repositories around the world to be determined shortly. This document will include freeze cores capturing the varved annual history of the lake with the intend to eliminate the stress of further disturbing the sediments and cultural significance of the lake (Fig. 5).

The lake, and surrounding property was owned by the Crawford family from the 1820s until 1969 when the family sold the area to the local conservation authority, Conservation Halton. Conservation Halton installed a 900m elevated boardwalk surrounding the lake to ensure park guests could enjoy its serene beauty without degrading the shoreline. The lake is protected from swimming, fishing, and boating and has become a popular local hiking destination. Archaeological investigations north of the lake took place from 1972 until 1987 and uncovered the remains of ten longhouses. Conservation Halton has since reconstructed three of these longhouses dating from the 15th century on their original footprint. Today, over 200,000 local and international tourists and up to 32,000 school children visit the park each year to learn the lessons the lake has to teach about the history of human impacts on the land.

Is it time to recognize a new era of geological time?  Not an easy question to answer, although we all recognize that human impacts are evident across every part of the globe, in the air, on the land, across the waters and even substantive disturbances of geological history and resources. The human population has experienced exponential growth beginning from 2.5 billion in 1950 to 7.9 billion in 2021.  Associated with this growth is the “Great Acceleration” of resource consumption and alteration of our Earth. What will the long-range impacts of human disturbance be? How should we scientifically document our impact and what should the terminology be? With respect to time, the period of the Great Acceleration is the best point to identify this new reality. If we use observations from research around Alternate States or disturbance impacts on lakes, we can surmise that, when we clear up our impacts, the recovery will be a long one.

Indeed, Crawford Lake is a small lake with a large story to tell about natural biological processes, human cultural changes through time and anthropogenic disturbance. In the following years we will learn move about the movement to recognize a new Epoch, The Anthropocene. 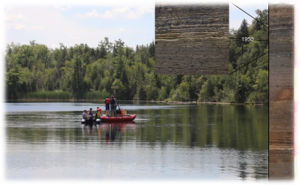 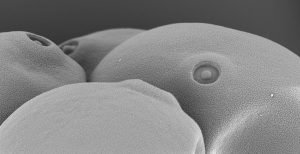 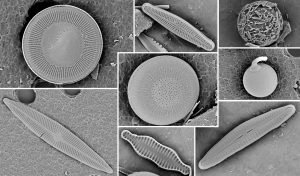