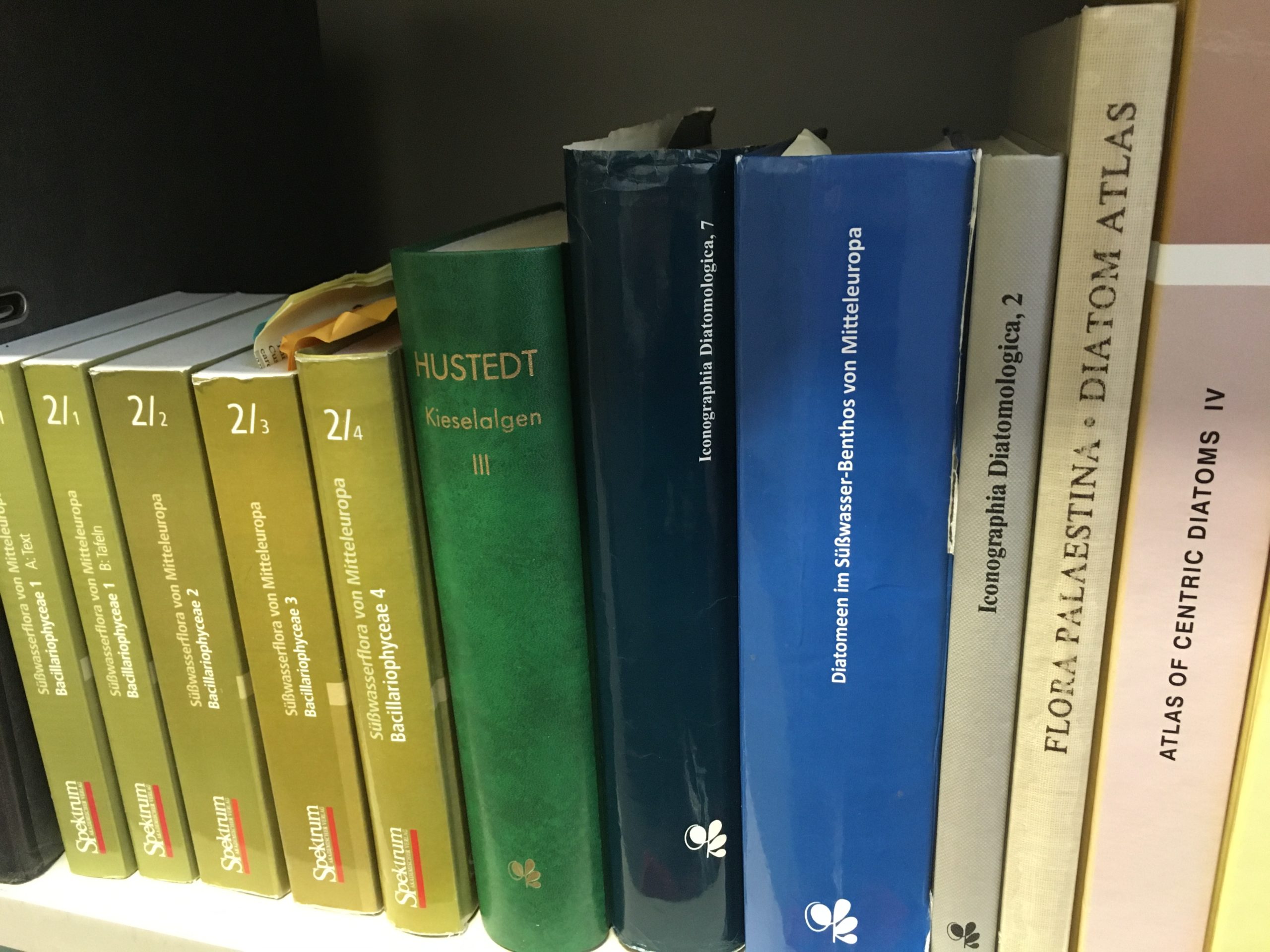 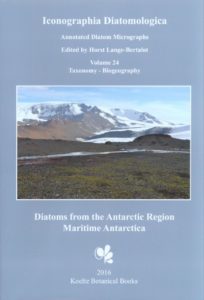 Antarctica remains in many ways a scientific frontier – its vast and unforgiving landscape belies the biological diversity present there. Within the transient freshwater and wet terrestrial habitats, diatoms manage to survive. In the last two decades, major strides have been made in describing the flora and fauna present in Antarctica. This book describes the nearly decade-long effort.

Like the other Iconographia Diatomologica books, this book is not meant to be read through. Rather, it is mostly a reference for newly described freshwater and terrestrial diatom taxa of several Antarctic islands, specifically of the South Shetland Islands and James Ross Island. The vast majority of these taxa were established by the authors themselves.

The book is well-organized, if a bit unintuitive for perusal, as the taxa are listed according to the systematic classification of Round et al. (1990), and then alphabetically within each genus. However, there is an alphabetic taxa listing to supplement this this. Indices and references are very well crosslinked. Printing on glossy paper has helped the photographs to be smooth and almost grain-free.

Species descriptions are consistent and formulaic, making it easy to search for specific characters during diagnostic work. Excellent quality LM and SEM photos accompany the descriptions; scale bars are included on every page. Of most value might be the comparison with morphologically similar taxa, but the differences are more clearly described for some taxa than others. There are several well-known and cosmopolitan taxa described, but interestingly, many of the species seem to be rare or seldom-observed. Due to sampling methods, there was an unusual and welcome focus on diatoms found in terrestrial habitats.

There are only two minor flaws with the book. First, the type localities of novel taxa are not listed. Rather, the locality descriptions are ecologically-based, e.g., “mostly in wet seepage areas with or without moss vegetation cover and on mosses (p.162)”. While the permanent slides and stubs, and presumably the metadata, are available at the Botanical Garden Meise (Belgium), an easier oversight would have been better.

Second, the book lacks any molecular support for the taxa described. Diatom research is becoming increasingly reliant on bioinformatics and systematics to resolve taxonomic problems, one of which is species delimitation. Arguably, the establishment of new taxa would fall into this category. The introduction has a brief section on taxonomic revision, so it is surprising to see no mention of a phylogeny of the individual taxa.

Nevertheless, it may well be only a minor flaw in the context of the book’s original concept. Even obtaining environmental DNA metabarcoding data would have been a major task, possibly beyond the scope of what the authors and their collaborators were feasibly able to do. And because the book is not posited as a phylogenetic analysis of diatoms in Antarctica, its main function would be the description of novel morphological forms of species of diatoms.

This is not to say that Volume 24 is an insignificant contribution to diatom studies. The sheer morphological diversity presented here, even for the limited genera presented, can be seen as a starting point for future biodiversity research. And although it is not an identification key per se, its focus on rare taxa, often found in transient habitats, makes it a valuable work. It will serve as an excellent reference guide for those working in the Antarctic region.

Sponsor for this section: 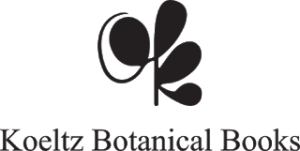 Interested in a book that has not yet been reviewed? Please contact us (youngdiatomists@gmail.com) to review another book and increase your diatom library.

Paleo-R folks, check it out. The latest R package from @StephenJuggins is really slick.
https://nsj3.github.io/riojaPlot_gallery/riojaPlot_Gallery.html

Reminder to join us tomorrow! https://diatoms.org/news/diatom-web-academy-22

UPCOMING WEBINAR by Elizabeth Alexson, University of Minnesota, Duluth on

Today at the #ISDR AGM we announced a new funding scheme for ECR projects. Take a look!

Diatomist: if you are a member of the International Society for Diatom Research do not forget to pre-register to attend the Annual General Meeting of this Thursday 17th Nov👇https://isdr.org/annual-general-meeting-registration-open/
If you are not a member visit our web https://isdr.org and join us!

Do you speak German, like fieldwork in the mountains, and could be interested in a PhD on diatoms in springs in the Nationalpark Berchtesgaden? ca. € 23K/yr (net) stipend, location: TUM Research Station in Iffeldorf, Bavaria, Germany. E-mail me! marco.cantonati@unibo.it

Interested in long-term ecology? Come and do a PhD on the ecology & palaeoecology of the Anthropocene with me, Anne Magurran @bioTIMEdb & @UK_CEH via @IapetusDTP https://iapetus2.ac.uk/studentships/temporal-ecology-in-the-anthropocene/

The Aquatic Ecology and Biogeochemistry lab and
@carbonshed lab at UNC are both recruiting PhD students to start in fall 2023! Interested in carbon cycling and/or greenhouse gas processes? Do WE have a spot for YOU!!! Ad attached =) https://amandadelvecchia.weebly.com/join-the-lab.html

Meeting with AWI, BGBM & MfN in the rooms that used to be the Hustedt Diatom Collection - discussing cooperation ideas and hopeful upcoming move of collection to Berlin. Fingers crossed for the next steps!

SAVE THE DATE: We are happy to announce that the Workshop on Genomics 2023 will take place on the 14-27th of May. Save it in your calendars, and share it with those interested! More info to come soon: https://evomics.org/2023-workshop-on-genomics-cesky-krumlov/

New wonderful opportunity listed on the ISDR page. The Luxembourg Institute of Science and Technology searches for a postgraduate researcher, take a look: https://isdr.org/opportunities/

I have been dreaming about this project for a very long time! Please RT if possible and distribute widely. If you have any interested students, please let them know #Earthquakes #Volcano #Landslides #Hazards #Guatemala #NSFFunded