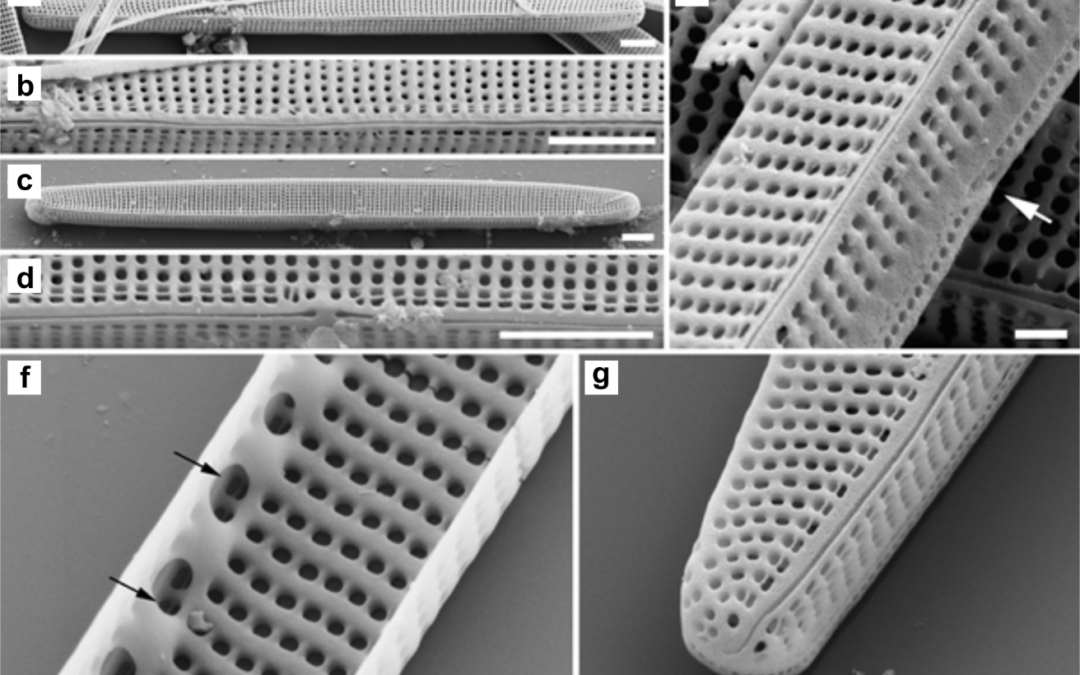 How do you define a new species of Nitzschia? An example from an Ethiopian crater lake

Around 50 km south east of the hectic Addis Ababa (Ethiopia) is a group of maars – explosion crater lakes – surrounded by hotels on the lake edges and populated by people practicing water sports. Around 65 m below the water surface at one of these lakes (Lake Babogaya; Figure 1), however, are laminated sediments that have accumulated through the Holocene as a result of the seasonal mixing of lake waters in the dry season and stratification in the wet season. These laminated sediments were an important part of my recent Ph.D. where I used diatoms to reconstruct past environmental change in the area over the last 5,500 years. Due to their short life-cycles, rapid dispersal and colonisation diatom fossil remains accumulate in lake sediments and can be used to effectively reconstruct environmental change. But, shortly into my Ph.D., I realised I was going to have to count tons of the trickiest taxa a diatomist could encounter in natural samples – Nitzschia. 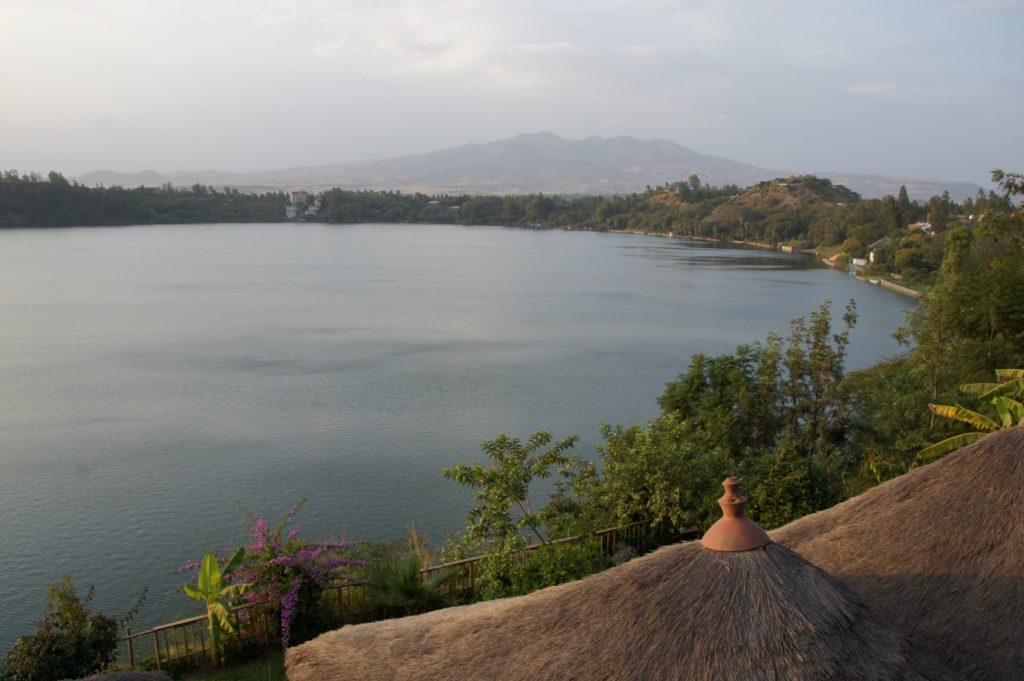 Figure 1. Lake Babogaya from one of the many lakeside hotels

Nitzschia Hassall is a widely distributed, diverse genus of diatoms. However, the size of the genus (almost 1,500 are listed on DiatomBase) and the close similarity in morphological characteristics of species makes them hard to identify accurately under a light microscope (LM). The difficulty in the identification of lanceolate Nitzschiahas been recognised, especially when considering the diversity of forms within a species (e.g. Coquyt et al., 2012; Trobajo et al., 2013). Most species have finely striated (>20 striae/10 μm), small-medium sized cells (~5-40 μm length, 2-6 μm width).

In the Lake Babogaya core record, Nitzschia made up 80-100% of the diatom assemblage I observed (Figure 2)! Some of these taxa, for a while, were called Nitzschia‘lemon’; it didn’t really matter if I identified them as Nitzschia vanoyeior Nitzschia lancettula, as they largely co-occur and indicate the same ecological conditions.

One taxon, however, threatened to become the latest child’s tale: ‘Goldilocks and the three Nitzschias’. Although it was similar to a few taxa described in the books, I wondered whether I had stumbled upon a new species, as features did not quite correspond to matches to other taxa in the published regional flora (e.g. Gasse, 1986). Despite recent advances in molecular diatom material extraction (e.g. metabarcoding), I relied on the morphology of the taxon due to the difficulty in extracting DNA from sediments. But how do you determine that something is not morphologically similar enough to be a new species?

Although tedious, it is quite easy for most to measure their diatoms and get some good data to help identify them or distinguish them from other species, as opposed to relying on comparing taxa by eye with image in old tomes full of diatoms. The length of a frustule is often a useful metric, but this can vary by the stage of the life cycle of the diatom, so it’s good to also note the width, as this stays constant. Like a lot of other genera, Nitzschiahave a number of marginal fibulae– small teeth – whose number is a useful diagnostic feature, alongside the presence or absence of a central gap (normally indicating a discontinuous raphes). Striae are present but are often so fine that with a light microscope you may struggle to pick them out. If you have access to a Scanning Electron Microscope (SEM) then you’re lucky! You can examine a specimen at <1 μm with SEM and not only count the striae but also gather information on the orientation of the striae, the continuous or discontinuous raphe, and the type of ornamentation on the mantle among many other features. In our case a rather useful (and pretty) feature of our newly described taxon was striae divided like small sash windows which led to the name Nitzschia fenestralis (“with little windows”; Figure 3). Despite this morphological data (Figure 4) it was still difficult to separate our taxon from morphologically similar Nitzschia species, such as Nitzschia obsoleta Hustedt and Nitzschia fabiennejansseniana Cocquyt & Ryken. The key feature defining our taxon is the lack of central raphe endings (Figure 3 a-d). 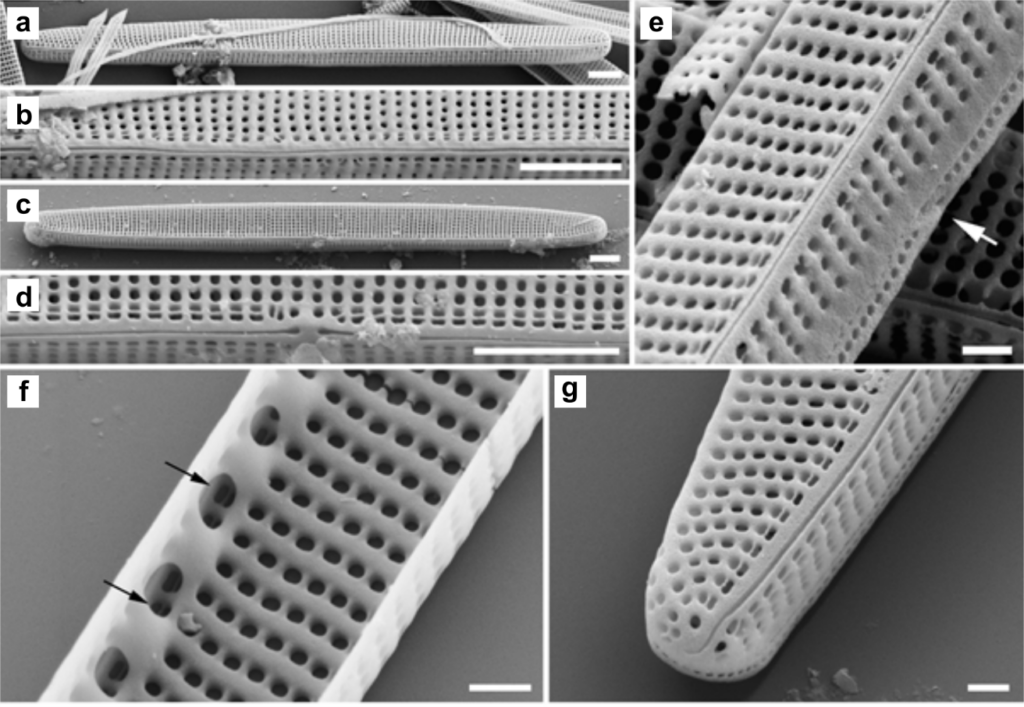 Nitzschia fenestralis was only identified through fossil samples (the holotype comes from a layer of sediment deposited around 3,000 years ago) so we would need to acquire specimens alongside environmental data (e.g. water conductivity and pH) to fully understand their ecological optimum. The primary aim of my Ph.D was to reconstruct past environmental conditions through time at Lake Babogaya. So, in terms of a palaeoecological reconstruction it did put me in a tricky spot for my investigations as we could only indirectly infer past conditions based on the known ecological optima of contemporary taxa.

Figure 4. Width (A), striae (B) and fibulae (C) density of Nitzschia fenestralis and similar Nitzschia taxa (FJiana = Nitzschia fabiennejansseniana). Box plots are included for metrics measured in Grady et al. (in press), with whiskers only for morphometrics published in original taxonomic works.

But by outlining the features of our taxon, and similar Nitzschia, we can also start to ask further questions to understand the morphology and evolution of diatom taxa. For example, Nitzschia fabiennejansseniana and our taxon Nitzschia fenestralis are different, but very morphologically similar species abundant in African crater lakes separated by 1,350 km (the former from Lake Challa to the south; another crater lake that seasonally mixes and stratifies). There is a multitude of crater lakes in the region, some that seasonally mix and stratify; are there taxa that share these morphological features present in the flora of these lakes? Is this shared morphology an adaptation to these lake environments or something else?

At worst if we can’t start to answer these types of questions these comparisons of Nitzschiafor my work at least gives one place to look for the morphology of these taxa if someone is as stuck as I was tracking down old copies of these descriptions from the early to mid 1900s!

Dai Grady is a PhD student at the Department of Geography and Earth Sciences, Aberystwyth University, Aberystwyth, Wales.