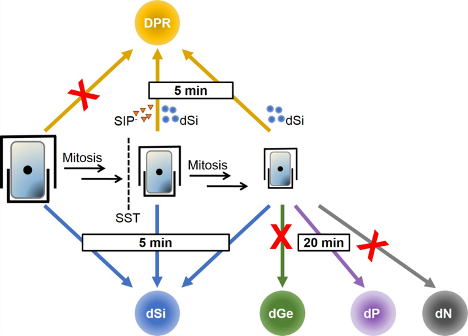 **Spoiler: read the entire post before feeling attracted of scrolling down to watching the cool movies of Seminavis movement in the videos section**

I am a microbe psychologist, a description that I made up while curating the @biotweeps Twitter account. I study the behavior of unicellular organisms, particularly those that are photosynthetic and live in the ocean. For single-cell organisms, the microscale world is complex and dynamic, where they are constantly bombarded with ephemeral and diverse chemical and environmental signals. They need to detect and decide which stimuli are essential for them. I have a particular fondness for motile diatoms: unicellular siliceous algae that form biofilms on the benthos/sediment of aquatic habitats. 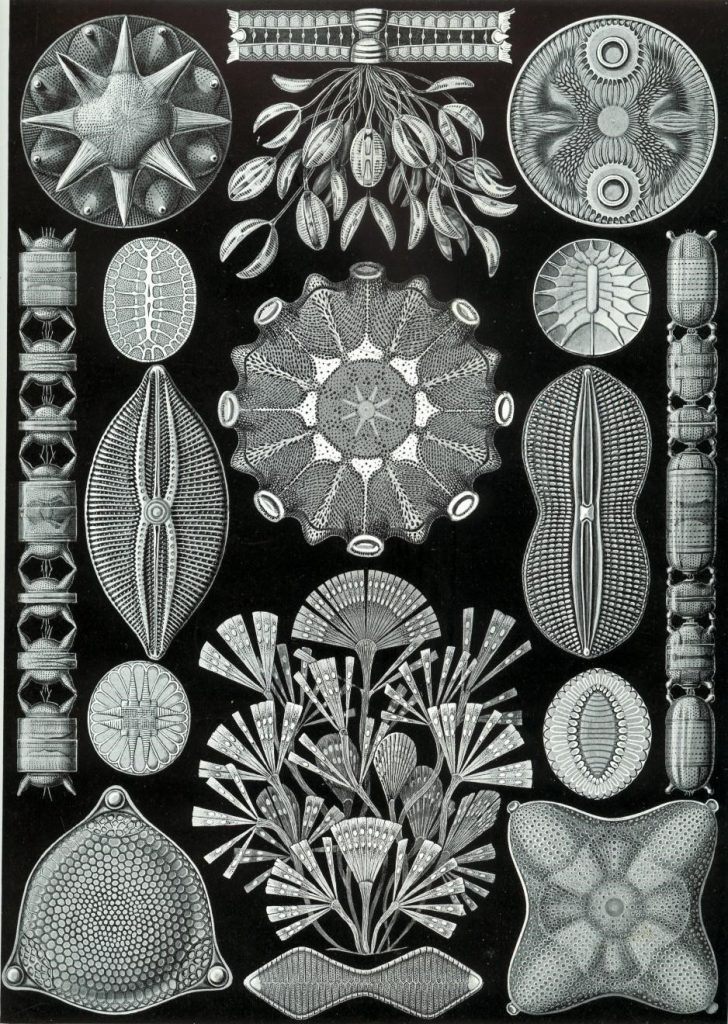 Figure 1. The 84th plate from Ernst Haeckel‘s Kunstformen der Natur (1904), depicting the diversity of the silica or glass cell wall of diatoms.

Diatoms are one of the most abundant organisms in our oceans and are the basis of marine food webs. Moreover, our every fifth breath is attributed to them [1]. They are enclosed within an intricately designed rigid house of hydrated silica or glass, with each species having a unique nanopattern structure, making them visually stunning [2]. Every time a diatom divides, the size of its silica cell wall is reduced, and once the cell reaches a specific size, it switches to sexual reproduction: an elegant method for a unicellular organism to escape death [3]. Biofilm-associated or benthic diatoms are capable of self-driven movement and have been shown to select surfaces or respond to stimuli actively. They excrete sticky trails of extrapolymeric substances (EPS) from their raphe, a slit on their cell wall. This adhesive goo enables cells to glide back-and-forth across surfaces. For re-orientating, cells can firmly adhere to the surface via “EPS stalks,” producing torque that can support whole-cell rotation [4-6].

Previous research shows that diatoms respond to light and sugars [7, 8], but are there any other stimuli that they would respond to? Why would they choose to move? How do they choose which signals to react to?

Armed with these questions, I tested if diatoms are attracted to different food sources and mating pheromones and if they can choose between the two. I used a model benthic diatom called Seminavis robusta, a well-studied species in terms of understanding diatom mating. In this species, male and female mating types signal each other that they are available for mating by excreting sex-inducing pheromones (SIP). Females then produce the attraction pheromone called diproline (DPR) to attract the males and mate with them to undergo cell size restoration. Small cells that fail to mate will eventually die [9-11].

At a high level, as diatoms go through their different life phases, we find that they will consider options such as:

“I am hungry for (insert specific food here). I will look for that then.”

“I can delay mating for now. I want to eat first.”

“I think I waited too long. I do not want to die yet. I need to find a mate now! I have to eat something though, enough for that new glasshouse that I want to form with that girl.”

How do they decide which path to pursue?

In addition to light, diatoms need silica to build their glass cell walls, and nutrients such as phosphorus and nitrogen. When cells are starved and then presented with a nearby hotspot of a specific food/nutrient, their response is dependent on their needs. Starved cells were attracted to silicate (dSi) and phosphate (dP) hotspots within ~5 and ~20 minutes, respectively, but not to nitrate or ammonium (dN), nor the control (i.e., no stimuli) [12, 13]. It is fascinating that when presented with dSi, the main component of a diatom’s glasshouse, the foraging behavior is universal. That is, the attraction is consistent across life cycle stages (i.e., different cell sizes), within strains, and other diatom species. Moreover, dSi-starved cells can also differentiate between chemically similar resources. Germanium is an element very similar to silicon. When presented with germanium, cells move away from the source, showing that there is biological control of uptake, and specific nutrient requirements of the cells guide their movement [12]. Being motile allows the cells to increase food uptake by up to ~20% to circumvent severe limitation scenarios in the benthic environment [14].

As diatoms take up nutrients and asexually divide into multiple cells, the new cells become smaller, and the need for size regeneration via sexual reproduction becomes greater. We tested pheromone sensing of males on the two sexual life phases: cells that recently became sexual (i.e., medium-sized cells) and critically small-sized cells. Both life phases behaved the same way and accumulated around the DPR source within ~5 min [15]. Surprisingly, the critically small-sized cells were also attracted to the mating pheromone, even in the absence of priming to induce sex. As these cells were on the verge of extinction, they bypassed sexual induction and moved towards DPR when they detected it as a means to prioritize mating to escape cell death. Moreover, males are highly sensitive to the pheromone and can sense it even in picomolar amounts (a trillion times smaller than 1 molar!). By both bypassing safeguards and having high sensitivity, sexual cells can locate potential mates to ensure survival in a landscape where multiple signals are occurring at the same time [15, 16].

The next question is then: How do the attracted cells move? I analyzed the general movement patterns of cells and discovered that they use simultaneous taxis and kinesis. Attracted diatoms move in a directed manner (taxis), but they also modulate their speed (kinesis) towards a stimulus. This is the first time that both mechanisms were observed in a unicellular eukaryote. Such behavior was initially observed in marine bacteria that share the same back-and-forth motility with benthic diatoms [17], hinting that a combination of both mechanisms is useful for cells that require more effort in turning to increase sensing efficiency towards ephemeral and patchy signals [12, 13, 15, 16].

When I compared the motility parameters of cells responding to dSi and diproline, the latter increased the directionality of the cells towards the stimulus [15], which leads me to question: What if they are given both stimuli? I observed that medium-sized cells are only attracted to DPR if they are sexually-induced, and to dSi when they are starved. Meanwhile, critically small-sized cells can only bypass induction if trace amounts of dSi are also present. Food reserves (dSi in this case), are vital before mating, as cells need them to build the glasshouse for a new cell [16].

Figure 2. Behavioral response of the model benthic diatom, Seminavis robusta, towards dissolved food sources (dSi-silicate, dGe-germanium dioxide, dP-phosphate, dN-nitrated and ammonium) and to a mating pheromone (DPR-diproline). Cells forage for specific food sources (dSi and dP) during vegetative growth, and once cells reached a sexual size threshold (SST), they are also attracted to DPR. For medium-sized cells, priming via sex-inducing pheromones (SIP) and a dSi is needed for DPR attraction to occur. However, small-sized cells can bypass the induction process for mating if they have enough dSi resources. Figure from Bondoc 2017.

With all these considerations in mind, diatoms clearly know what they need, how to look for it, when they need it, and if necessary, how to prioritize between multiple stimuli. Even with all the complexity of their environment, they are decisive about their choices.

Karen Grace V. Bondoc is currently a Postdoctoral Associate at the Department of Marine and Coastal Sciences, Rutgers University working on how the physics of the ocean affects host-virus interactions using the coccolithophore Emiliania huxleyi and the giant virus, EhV. You can find her on twitter @seeseamic.