Invisible to the naked eye but unique for Neotropical biodiversity 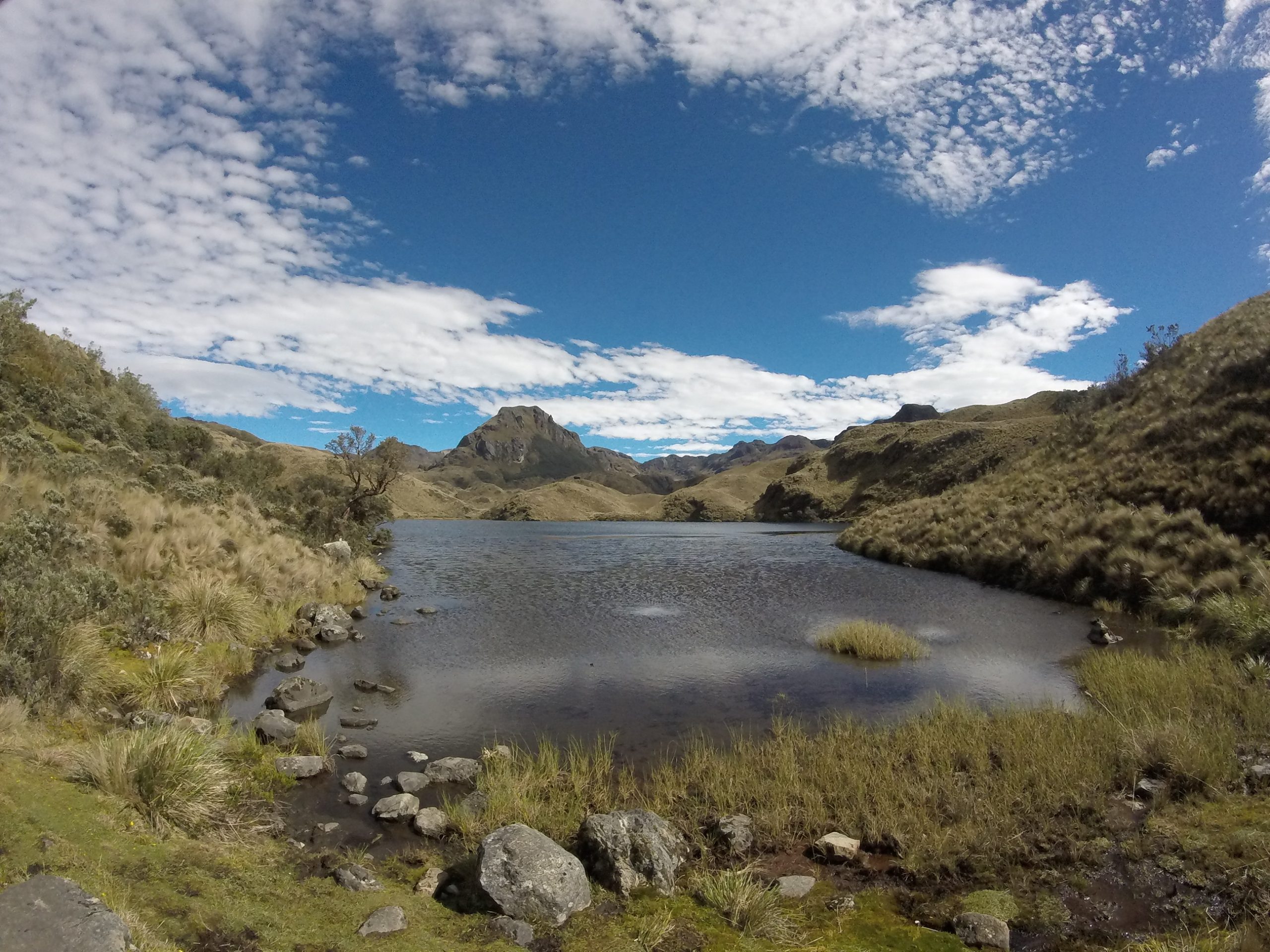 In this Diatom of the Month post we bring the topic of how organisms that are invisible to the naked eye contribute to regional biodiversity. In a recent open-access paper led by an international group of aquatic ecologists, my colleagues and I demonstrated the role of lake diatoms, unicellular siliceous organisms highly sensitive to water habitat changes, in describing spatial and temporal diversity patterns for conservation purposes.

Biodiversity is crucial for healthy ecosystem functioning such as water provisioning, food, and recreation. Although high elevation lakes are relatively remote and difficult to access, humans have been occupying their basins for millenia. We can find evidence of this in historical archives such as sediment cores, which preserve the remains of past human, environment and climatic conditions that occurred near the lake. But how are the remains preserved in sediment cores linked to past human activities? In many lakes, the tiny organisms that are at the base of food webs, such as bacteria, algae, and invertebrates, are very diverse and ecologically important because animals that rely on them–those at the upper levels of the food web (e.g. fish, birds)– will eventually define how cultural and economic activities develop in and around lakes. By studying the primary producers that contribute the most to the biodiversity of whole ecosystems, we can  compare patterns across large regions to assess whether some lakes are home to unique diatom communities that we should preserve and tell us how to inform conservation measures in the face of current environmental changes.

For these reasons, in this study we used a large diatom database composed of more than 140 lakes and fossil observations to determine the ecological uniqueness among Neotropical lakes in the Andes of South America. The authors built a model that relates diatom community uniqueness with lake water characteristics, regional variables (climate, elevation), and historical human footprint (e.g. occupation and proportion of cropland area). They also determined to what extent long-term environmental change (last 2000 years) affected diatom diversity by analysing patterns of biotic homogenisation, or the degree to which communities become more similar at different locations over time.

They found that lake diatom biodiversity is not equally distributed across the Andes because of different combinations of local and regional environmental variables. Climatic variables (seasonality in precipitation), lake conductivity and historical human impact mediated the ecological uniqueness of the lakes. In particular, lakes that were exceptionally diverse or contained unusual combinations of diatom species are located in the central-southern Andes. As an example, Chilean Laguna Chepical contains a poor-rich planktic diatom community — including an undescribed Gomphonema sp. — despite its similar water depth compared with other lakes located nearby and dominated by pelagic diatoms (Figure 1). A plausible explanation is still elusive but we hypothesize the effect of the fluid aquatic environment transporting this Gomphonema sp. from the lake’s litoral rocks or macrophyte.  Interestingly, ancient humans settled in that portion of the Andean mountains before any of the other locations. 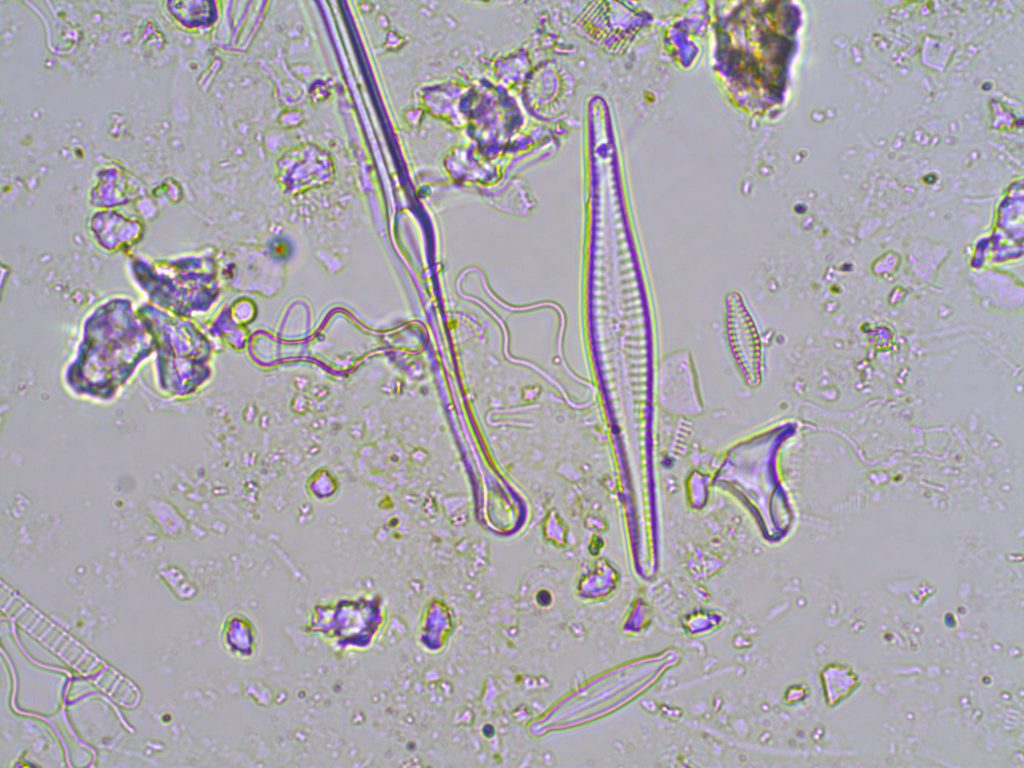 Besides a single snapshot in time, the study also showed the importance of providing a longer term perspective of biodiversity change. While diatoms are one of the most sensitive and species-rich algal groups in lakes, current human impacts have not (yet) provoked unprecedented changes in their communities. By contrast, the authors found a consistent  boom in diatom species richness 1000 years ago, coinciding with warm or dry conditions around the Medieval Climate Anomaly. This climatic event triggered lower lake levels due to reduced precipitation, which we know happened because of multiple reconstructions of the same pattern from many paleolimnological records. Results highlighted that microbial biodiversity  may be invisible to the naked eye, but this component of lakes may tell a multi-faceted story about limnological changes and inform our understanding of ongoing and future similar changes in climate warming. The need for more understanding is especially urgent for the tropical Andes because it is warming up twice as much as their mid-latitudes counterparts.

Figure 2. Examples of lakes located in areas with highly rugged terrain — an indicator of surface complexity — in the Cajas National Park, Ecuador.

From a conservation perspective, knowing the distinct contribution of lakes to regional biodiversity is key to anticipating ecological impacts. For instance, lakes that fluctuate in conductivity and are located in areas of highly rugged terrain may be important to protect if we want to preserve species richness (Figure 2). In contrast, if the focus is on spatial beta diversity — extent of change in community composition across space — lakes with high sodium content in combination with various soil types may be the targets of conservation plans. Ecological conservation of high-elevation lakes has been subjected to intense research in recent years, but little is known about the contribution of different microbial communities to hidden biodiversity. Diatoms have the potential to generate new insights about the role of modern ecology and paleolimnology for conservation and biodiversity studies.

Xavier Benito is a postdoctoral researcher at the Marine and Continental Waters Programme, IRTA (Spain). He is interested in answering how the physical habitat and various levels of biological organization (species, communities, metacommunities, fossil assemblages) indicate environmental changes. Email Xavier or drop a message below if you have any questions about the post.