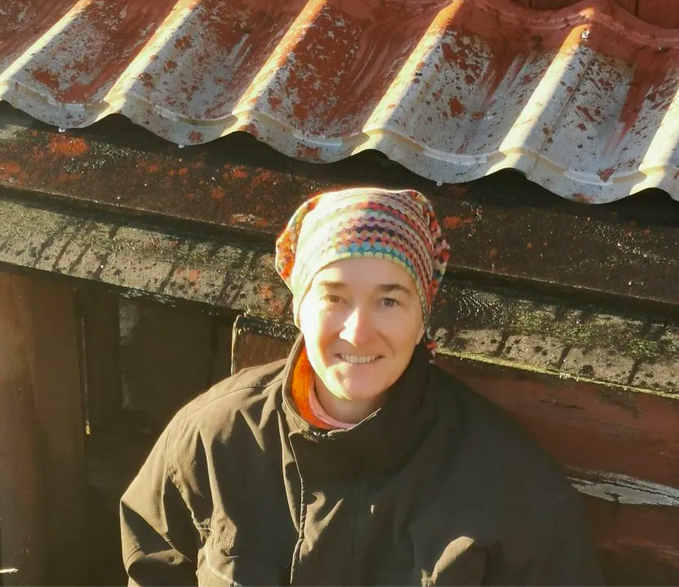 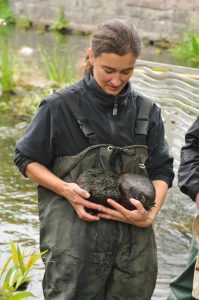 I always wanted to save the Earth, somehow, and the wonderful strange paths of life led me to work with these beautiful diatoms as indicators for the water quality in lakes and streams. I am happy to have a permanent position as senior researcher at the Swedish University of Agricultural Sciences (SLU) where I am working with freshwater benthic algae, their biodiversity, regulation by environmental factors, algae as biomonitors, and the harmonization of methods. Recently, I have started to dive into the interesting world of molecular methods as well. I have a background in zoology (freshwater ecology, University of Cologne, Germany, Diploma/MSc on freshwater sponges and bryozoa) and limnology (Uppsala University, Sweden, PhD project at the Norr Malma field station). During my PhD, I was introduced to benthic algae (including diatoms!) at the University of Michigan Biological Station (UMBS) in the summer course ‘Algae in Freshwater Ecosystems’ by Rex Lowe – what a fantastic summer 1997! I then worked with the entire community of all the freshwater benthic algal groups during my PhD, and found that already many people were specialized on diatoms, and therefore actually tried to avoid to become a diatomist… My supervisor Kurt Pettersson encouraged me to organize a couple of freshwater benthic algal courses in Sweden afterwards because I felt that I needed more knowledge on the Nordic algal flora, but that the available courses did cover the benthic algae just very little. I came into contact with both fantastic peer participants and teachers, among them Luc Ector and Bart Van de Vijver during the diatom course we had in 2004. However, whereas I still love the greens, bluegreens, reds and browns, I am nowadays working the largest share of my time with diatoms anyway, simply because the methods using freshwater diatoms for environmental assessment are the ones which are mostly used, have been developed the farthest, and are the best harmonized within and between countries. Developing diatom methods further is maybe where I can contribute to “save the Earth” a little bit. 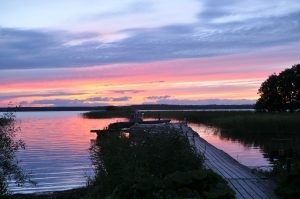 I made the serious turn to diatoms in 2002 after my PhD. I was asked if I could identify and count diatoms in a research project of the Swedish EPA aimed at testing their potential to indicate acidification. There were (and are still) only a few people in Sweden who had diatom skills, and those were already occupied with other samples. I had to say that I had just had basic knowledge, but that I would try my best. I got the famous four green books (it helped that I am German…), and a box of samples which I cooked down to microscopic slides, and started from scratch, at my mother’s quiet home, with a borrowed microscope from the Norr Malma field station and my newborn second son beside me. I had some weeks before he started to sleep less… And I was hooked. They were all so beautiful, and so different, and so many. In every sample new surprises. I also then found my favorite, the rare Gompohonema coronatum. I came into contact with my mentor Amelie Jarlman who helped me with some basic important rules (never count girdle bands, check striae orientation when identifying Fragilaria, count small diatoms carefully (one or two valves?), rather use “cf.” than do force fitting, …). We also made a small 2-person intercalibration, and she then invited me to join her (and later replace her) as contact person for diatoms for the Swedish EPA. With start from the algal courses I had organized earlier, I founded the NorBAF network in 2005, which is still organizing regular diatom intercalibrations. Finally, in combination with the upcoming implementation of the European Water Framework Directive, there was suddenly so much diatom work to do that I got a phone call from SLU in 2006, asking me if I wanted to bring my expertise on diatoms and join the researcher team working with environmental monitoring and assessment. And here I am, now doing research on freshwater benthic diatoms, often together within international networks as we are not so many in Sweden. I am very grateful to all the people who supported me on my way, and to the network I have nowadays. Nobody can work alone.

I am not sure when I joined the ISDR, probably it was an on and off relation. I was elected as a council member in 2018 (2018-2022), with the hope that I can contribute to an understanding that we should try to harmonize our ideas of diatom identification more than we do now. I also love diatom diversity, and having seen the molecular data, and some great pioneer work on trying to unravel how many species those could present (for example, Eveline Pinseel’s work on Pinnularia borealis), I would say we are just scraping on the understanding on how many species there are, so no wonder new ones are described frequently. However, I am deeply convinced (not least after trying to harmonize a circumpolar species list from several countries and continents…) that we need to make more efforts to exchange experience and opinions on diatom identification, and names, otherwise there is a high risk that we cannot compare the results from different laboratories. The other risk is that we only will use molecular identities in the future, without knowing what they are, and without seeing their beauty. I think we will lose a lot of the knowledge which has been gathered during the last 100 years, which would be a pity.

Maybe people will also be more eager to save some microorganisms if they know how beautiful they are, and not only because they can indicate a good water quality. So let’s work together to save the Earth! 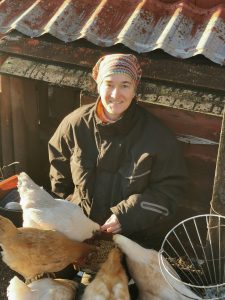 Today (2022), I also got a new hobby! Life is better with chickens around, and it is never too late to learn something new.