My first encounter with diatoms was probably in an algology practical class, when I was a 2nd year student at the University of Surrey in Guildford (UK), where my personal tutor was Maurice Moss and my thesis supervisor was Tony Chamberlain –both wrote papers on diatoms, with Maurice being a keen microscopist, and Tony working on biofouling. Through Maurice and Tony, I became a regular participant of the British Diatomist meetings in the 1980s. Reading Hannah’s ‘British Diatom Meeting 2017’ report shows how surprisingly little has changed: “To present and discuss your research in such a warm atmosphere” and “in a place in the middle of nowhere”. It brought back fond memories … and makes me want to attend one again. It was also during my time at Guildford that I became interested in the scanning electron microscope – a love that continues today. My undergraduate thesis was entitled “Cytochemical and Ultrastructural Studies of Freshwater Diatom Attachment”, and involved Alcian blue/Alcian yellow staining, LM, SEM, TEM, and a whirlimixer !! 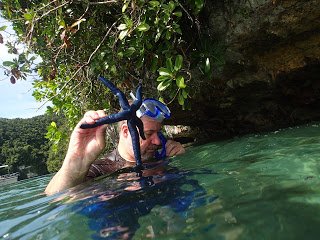 My first real job was at the British Antarctic Survey (BAS) in Cambridge, where I worked as a micropalaeontologist, studying Quaternary diatoms in Southern Ocean sediments. While at BAS, Julian Priddle introduced me to the marine genera, Rhizosolenia and Proboscia – which resulted in a series of papers, particularly in collaboration with Ryszard Ligowski. Although, reluctantly, I left BAS after only three years, my connection to polar diatoms is still strong, and I am a long-standing participant of the polar diatom colloquia and workshops (see http://www.polarmarinediatomworkshop.org/). To zoom forward, I have now spent 25 years in Japan, in Yamagata University, where my students work on diatom taxonomy, evolution and palaeoenvironmental reconstruction. Gone are those halcyon days with wet film and enlargers in darkrooms, letter set transfers on plates, and knobs and buttons on the SEM – now the young diatomist works almost entirely in digital. Even books and reprints have been largely replaced by pdfs – perhaps I am too old-fashioned, but, unlike my students, I still like to peruse the hard copies and potter about in my personal library.

I have forgotten when I first joined the ISDR, but perhaps it was in the late 1980s, when I was regularly attending the British Diatomists’ meetings and the British Phycological Society winter meetings. My first IDS was Tokyo 1996 – which was overshadowed by the sudden death of the symposium host, Professor Hiromu Kobayasi, who was also the ISDR Vice President at the time. However, it was a great meeting and I participated in both the mid- and post-conference excursions; I remember my Masters student Masamichi Shiono (of Shionodiscus fame) gave a poster presentation on freshwater diatom assemblages in lake sediments around the volcano, Mount Bandai. Since then I have attended most of the IDS (missing only Croatia and the USA), and later served on the Council from 2000-2002. 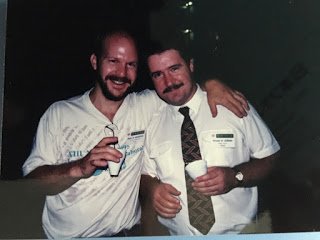 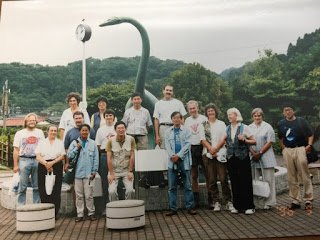 After more than 200 years of diatom research, there are still plenty of opportunities for young diatomists to make a name for themselves. Despite a plethora of papers on floristics and palaeoenvironmental reconstruction, we really know so little about diatom ecology. For instance, there is a paucity of data on diatom assemblage changes in nearshore-offshore transects, multi-year records from the same station, or vertical distribution (e.g., from surf to shade flora). Unlike many other plankton groups, we still have no biogeographic zonation scheme for marine diatoms, and our knowledge of the assemblages from some habitats (e.g., mangroves, marine lakes) and on certain life styles (e.g., as epizoic diatoms, endosymbionts) is still very poor.

As the Berlin meeting (and the start of my presidency) approaches, I’d like to think that young diatomists will be strongly motivated, not just to look for new challenges in diatom research, but also to compile reliable ecological datasets that will allow us to use diatoms as environmental proxies with more confidence. Then, perhaps, the importance of diatoms in applied biology and micropalaeontology will be finally realised.