How did I get to diatoms? They were in fact “given” to me. I remember when I finished my Biology degree that I wasn’t particularly interested in doing a PhD. But, after a couple of years working at the University of Girona (Catalonia, Spain) as a teaching assistant and lab technician, it was suggested to me that I carry out a thesis on the diatoms of coastal wetlands and I accepted: I liked the research atmosphere of the group (although I had no idea of diatoms, nor of coastal wetlands ecology!). After a short while struggling with texts in German (and English and French) I realized that the first problem was not the language (though there was that as well) but my lack of knowledge of diatoms (neither of my two initial supervisors were experts on diatoms) so I decided I should go to find some expert training. And that is how I got my first proper introduction to diatoms and also to the international diatom researchers’ community. It was in June 2000, when I attended the Ecology and Systematics of Diatoms course (taught by Gene Stoermer and Sarah Spaulding) in Iowa Lakeside laboratory (USA). 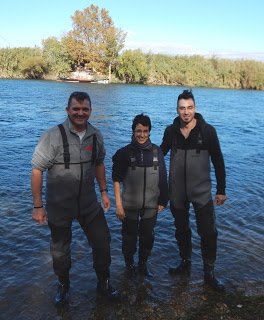 Rosa sampling with her IRTA colleagues at the Ebro River

Later, but still during my PhD, I also spent a month in Andrzej Witkowski’s lab (University of Szczecin, Poland) learning the taxonomy of brackish diatoms. After obtaining my Ph.D. I was awarded a European post-doctoral Marie Curie Fellowship and spent two years in the Natural History Museum of London with Eileen Cox, who helped to initiate me into diatom culture and experimental work. This was also a great opportunity to make links with other labs and acquire new skills (e.g. molecular systematics and life cycle work in the labs of Koen Sabbe and David Mann). Since 2006, I have been a researcher at the Institute for Food and Agricultural Research and Technology (IRTA) in Catalonia, Spain. My research here mainly focuses on the ecology and biomonitoring of rivers and shallow coastal systems. I’m also using culture and molecular data in order to improve the taxonomy and to better understand the ecology of selected common species that play a key role in these systems. I have a ‘tendency’ for Nitzschia species (yes they are so ‘nasty’ – that’s how Pat Sims referred to them to tease me – but they are also so common and abundant in all the ecosystems I study that it is impossible to neglect them!) Recently we have initiated research into metabarcoding in which we are collaborating with several other European research groups. 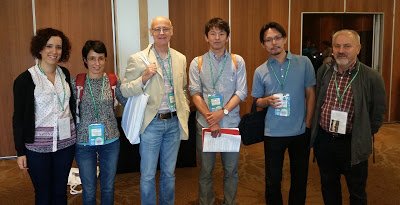 What would I like to see developing in ISDR? My experience has shown me how important it is to be open to collaborations across national boundaries and different disciplines, and to equip young researchers to think and work hard and independently. And I think the ISDR is a wonderful platform to facilitate this. But this requires us to work to make it happen: any society is only what the members are prepared to do for it – the time and effort they commit to it but also the capacity to listen to others and work for the common good.

What I’ve seen of the young diatomists makes me very optimistic for our society’s future and its present! You are very dynamic, ready to invest time (without complaints about being busy – though of course you are indeed very busy) and with plenty of new ideas and, very important, you get things moving. You are a generation naturally good at many different means of communications and dissemination and, I believe, ISDR needs to learn from you.

We also need to think what we can do so that more people can see the point of joining the society – that it is a forum for networking, collaborating, sharing, learning, etc.