Towards biomonitoring 2.0: Comments on the applicability of diatom DNA metabarcoding in Mediterranean rivers 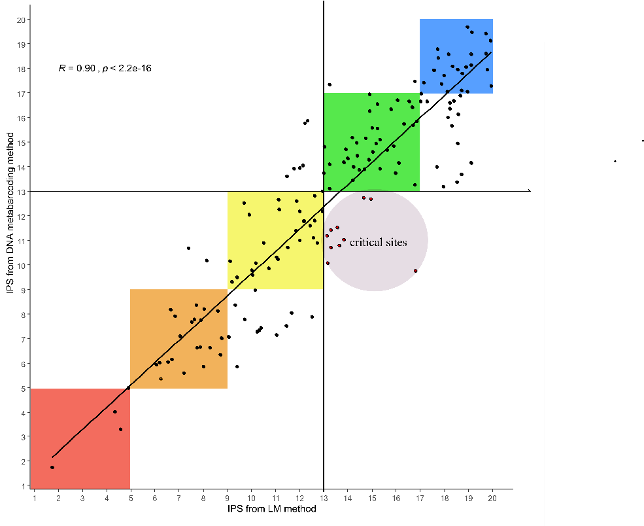 The difficulties in identifying diatoms based on their morphology have led to the pursuit of new methods that might make diatomists’ lives much easier. One of these methods is DNA metabarcoding of environmental samples and it is based on the identification of species through a short DNA region, coupled with high-throughput sequencing technology (HTS)—a method that enables hundreds of millions of DNA molecules to be sequenced at a time. It has emerged as an alternative method to the classical light microscopy (LM) identifications, due to its speed, reproducibility, and  cost-effectiveness (Kermarrec et al., 2014; Zimmermann et al., 2015). Numerous studies in Europe have tested the applicability of this molecular approach for freshwater ecological assessment based on benthic diatoms by comparing ecological index values obtained from DNA metabarcoding with those obtained from LM (e.g Bailet et al., 2019; Kelly et al., 2020; Kermarrec et al., 2014; Mortágua et al., 2019; Vasselon et al., 2017).

In this post, I summarize the main results and conclusions from our experience testing the applicability of DNA metabarcoding for biomonitoring of Mediterranean rivers using benthic diatoms (Perez-Burillo et al 2020). For this aim, we used 164 epilithic diatom samples from Catalonia (NE, Spain) and compared the values of the biotic index IPS – an index to show the impact of nutrients and organic pollution in rivers (Indice de Polluo-Sensibilité Spécifique) – and the ecological status classes derived from them, between LM and DNA metabarcoding methods. We then examined, using a leave-one-out sensitivity analysis, the contribution of different species to the final IPS scores, by either the morphological or molecular approaches. This method allowed us to identify the main species responsible for explaining IPS deviations between methods.

Acknowledging discrepancies between DNA and traditional methods is very important when fulfilling and adapting new ecological assessment methodologies e.g. under the European Water Framework Directive (WFD). For instance, it is possible that when using DNA metabarcoding, river sites are classified as “Good” or “High” ecological status, while LM identifications assign the same river sites  to “Moderate”, “Poor” or “Bad” ecological status classes.

Why is this important? The WFD mandates that if a site’s ecological status is changed from acceptable to unacceptable – the limit being between “Good” and “Moderate” –management and restoration actions need to be taken to improve thesystem’s ecological status. In our article, we referred to these sites as “critical sites” and focused the species contribution analyses on them.

On one hand, we observed that IPS values obtained from both methods were highly correlated (Pearson’s R = 0.90) (Fig, 1) and this was translated into a high proportion of samples assigned to the same ecological class by both approaches (68.9%). We attributed these good results to the fact that most of the IPS-determining and abundant benthic diatom species of the Catalan rivers are well represented in the DNA reference library (Diat.barcode v9; Rimet et al., 2019) and could therefore be identified by DNA metabarcoding. Here, I would like to personally thank all the diatom experts that are continuously working for curating and extending this dataset – without their effort, the applicability of this method would be very limited. However, the reference library is far from being completed especially for non-temperate regions since most reference sequences comes from temperate regions.

On the other hand, we observed that a major part of the discrepancies between methods in critical sites was explained by the fact that several species were overlooked, misidentified or lost by LM. In this regard, the most important was Fistulifera saprophila (Fig. 2) and, very likely its underrepresentation by LM was due to the destruction of its weakly-silicified frustules during sample preparation (Kelly et al., 2020; Zgrundo et al., 2013). In addition, Fistulifera saprophila has a very low IPS sensitivity value to pollution which further contributes to downgrading the ecological status between methods. 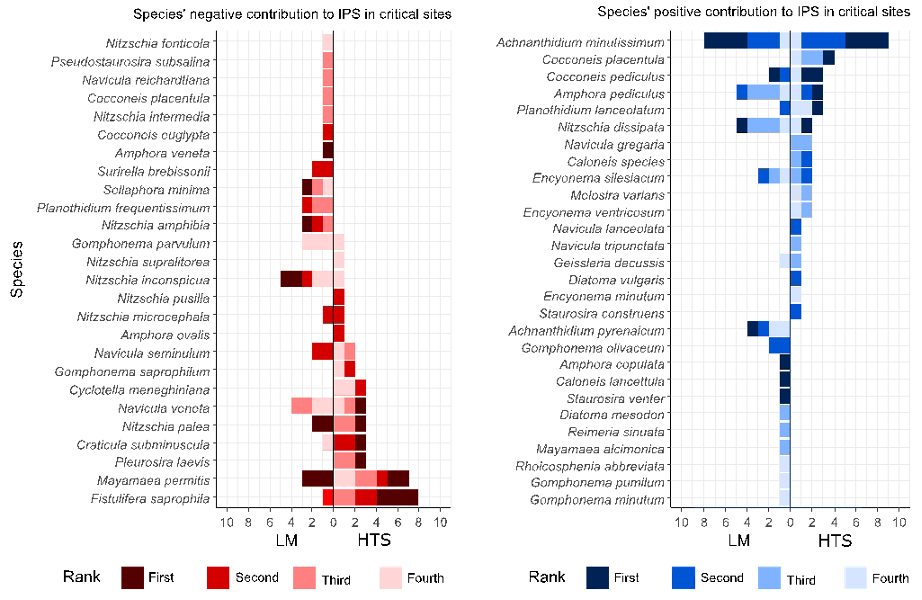 We think these results encourage the applicability of DNA metabarcoding for diatom-based river bioassessment in Catalan rivers e.g. for implementing the EU WFD. Before its implementation, we believe the next steps recommended to be performed are the evaluation of the reference sites to identify species that tend to be restricted to reference conditions and evaluate possible biases resulting from inaccurate identification or quantification in either LM or DNA metabarcoding. We also think that the sensitivity analyses we developed could be used to identify relevant species that are not currently included in the reference library and should be considered as priorities for barcoding, due to their high relative abundance and/or contribution to the biotic index.

Javier Pérez-Burillo is a PhD student at the Marine and Continental Waters Programme, IRTA (Spain). He is interested in studying the opportunities offered by DNA metabarcoding in the field of ecological research. Email Javier or drop a message below if you have any questions about the post.